According to experts, with the result of Brazil’s Presidential Election, Brazil is now in victory because the country has the chance to stop the widespread destruction of the Amazon rainforest and to jump-start a green economy.

The narrow loss of Jair Bolsonaro to Luiz Inácio Lula da Silva gave environmentalists in Brazil and around the world optimism for a new era of bold climate action, including much-needed initiatives to save the Amazon.

The Amazon’s deforestation rate reached a 15-year high under Bolsonaro’s leadership. Scientists have warned that if this trend continues, the world’s largest rainforest would reach a tipping point with catastrophic repercussions. 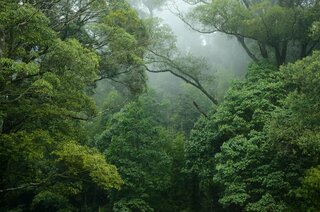 As per Reuter, Lula said in a victory speech in Sao Paulo, that Brazil is ready to reclaim its position as a global leader in the battle against the climate change crisis.

He vowed to combat Amazon deforestation and crack down on unauthorized ranchers, loggers, and gold miners who have invaded native lands and wreaked havoc on the ecosystem. Furthermore, his pledge to stop Amazon deforestation is crucial for the Earth to stay on track in accordance with the Paris Agreement’s goals of keeping global warming under 1.5 degrees Celsius to minimize irreversible effects on ecosystems and human health.

Accordingly, Lula implemented so-called command-and-control strategies that made use of rules and improved monitoring to reduce deforestation.