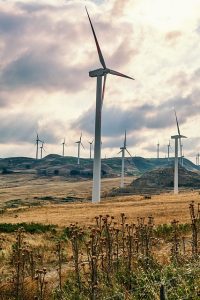 Thirty years ago, bipartisan legislation was not impossible especially if the proposed law concerns support for public health and the environment. In 1990, the Clean Air Act gained overwhelming support from both Republican and Democratic lawmakers. It was a time when launching campaigns and ads helped promote pollution reduction by encouraging people to buy energy efficient products to reduce greenhouse gas emissions and to shift to renewable energy produced by solar, wind and hydro power plants.

Yet that narrative was thirty years ago, before Republican politicians who became lawmakers years later were more concerned with securing the financial support of corporate donors. Many businesses, particularly those involved in the refinement and exploration of fossil fuel, contended that fears over global warming as a result of urban smog, acid rain and atmospheric pollution was adversely affecting the US economy. 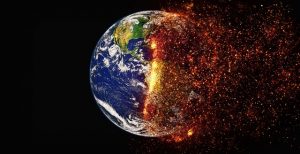 Still, former Democratic Vice President Al Gore and former President Barack Obama carried on with the campaigns and government programs for environmental protection. However, the momentum of their government actions were disrupted during Republican ex-president Donald Trump’s 4-year term from 2016 to 2020.

The latter had in fact branded the Green Movement as the “greatest hoax” used by the government in intervening and manipulating the free market. Trump had in fact, withdrew US support for the UN-organized international climate change treaty known as The Paris Agrement. Actually, Trump also branded the 2020 COVID-19 pandemic a hoax, despite the death of millions of Americans.

Lawmakers under incumbent US president, Democratic President Joe Biden was able to pass the Inflation Reduction Act (IRA); but they had to do so as part of the 2023 budget bill. Mainly because Republican lawmakers in both houses see the bill as part of left wing ploy to carry on with the country’s commitment to the international agreements over climate change actions. An example of which is to reduce by at least half, the country’s greenhouse gas emissions by year 2030, being the figure below the level recorded in 2005.

A Need for Businesses to Reduce Energy Consumption

Actually, the outlook over the success of the IRA is positive since numerous major corporations including oil companies Shell and British Petroleum (BP) advocated support for the bill. The forecast is that the bill will not only open up business opportunities but will also help in addressing the disruptive effects of climate change, which in the past years had adversely impacted all kinds of business operations.

Just a reminder from digital sign maker and service provider digitalframe0.co — for marketers and advertising agencies to recommend the use of digital signages to their clients. In contrast with the traditional forms, including those displayed by way of TV monitors, digital signages are more energy-efficient and practical because they are longer lasting and scalable.